A year or so ago, Dad gave me his 10 year old cordless electric mower.   Recently it was recalled due to a faulty safety switch, after a couple of previous recalls.  I called the number provided--the guy I talked to didn't have a clue and had to look up what I was supposed to do--every couple minutes he would come back on the line and say "Hold on, Sir" and put me back on hold.  Eventually he said to take it to the local Sears and gave me their address.
I was fairly sure that the local Sears would be at least as confused when I dropped off this mower, so I tried to call them to get as much as possible straightened out in advance--instead I wound up in voice menu hell, winding up with someone at a distant call center rather than at the local store.  Call center operator assured me that the local store would be ready for me.   It was almost time for lunch, but assuming that I'd be dropping the mower off for a later decision I loaded the mower into my Beetle and headed to Sears, thinking I would be back in 20 minutes or so.
The guy in the repair department had to go ask what to do...then came back and handed me the same bulletin I already had, and told me to go call the number.  I told him that I already did that, and was told to drop it off to him.  I tried to call the number again while still at Sears, got a busy signal.  Repair guy offered to let me talk to a manager.  Manager then asked most of the same questions, then wanted to know if I had a receipt,  tried to look up the information from the mower.  He finally gave up and passed me off to Lawn and Garden with a note.
Went to Lawn and Garden,   He asked if I wanted a new mower, I said that would be fine, and he disappeared in the back again.    A few minutes later he came back, and tried to figure out how to ring up the transaction, finally sent me back to the repair/merchandise pickup area to get my mower...which turned out to be a corded electric.  Back to Lawn and Garden, more paperwork, and wound up with the floor model cordless--but until I checked, without the key or charger.
Despite my griping, I'm quite happy about the result of all this--I got to trade a nearly worn-out mower for a nicer brand new one.  Sears really shouldn't have to do all this--the 'safety defect' is pretty minor and the mowers in question are all at least 10 years old.
Posted by Sevesteen at 8:46 AM 1 comment: 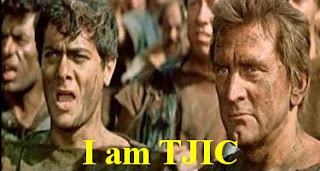 Taking my ball and going home

I think I'm pretty much done arguing with Joan Peterson.


One of the things that is routinely ignored in the civil rights struggle is the role of the Deacons for Defense and Justice, and other armed defenders.

Nonviolence works only under ideal conditions--primarily against a civilized, mostly nonviolent opponent. It worked against the governments of the US, and the colonial government of India, but would be useless against a more repressive regime or against violent enemies like the KKK.

The notion that defense will only escalate the violence is not supported by the facts. The KKK was fond of drive-by shootings--until they started taking return fire. At that point, the KKK decided that maybe drive-by shootings weren't a good idea.

It is immoral to use violence to achieve political goals. However, it is also immoral to stand by and allow innocents to be harmed when you have the means to effectively resist--I would much rather see the instigator of a drive by killed than their intended victim injured.

It is also immoral to take the means to resist away from decent people.

Whoa there, Sevesteen. Are you sure you want these comments committed to writing? They seem pretty anti-government and leading to what?? " The notion that defense will only escalate the violence is not supported by the facts. The KKK was fond of drive-by shootings--until they started taking return fire. At that point, the KKK decided that maybe drive-by shootings weren't a good idea. " I don't think that is why the KKK stopped shooting people. Where is your evidence for such a statement? I wouldn't bring the KKK into a discussion about Martin Luther King- totally inappropriate and possibly incendiary. Please do not reply. You simply cannot justify what you said to having guns for self defense. Be careful what you are saying.

...and my response to that

However it is NOT immoral to shoot back at someone in a KKK costume who is shooting at you, your family or your neighbors.  There is a vast difference between immoral terrorist violence as practiced by the KKK, and proper, moral defensive violence.

If I am unwelcome here, I will abide by that, but to misconstrue my comment and then to say I'm not welcome to clarify?  Of course it is up to you whether you allow this post.

Unless you specifically say that you want me to continue, this will be the last comment I post on your blog.  I am saying this to keep me honest, and I will be posting a copy of this on my blog, whether or not you approve this post.

I don't mean for this to be 'she hurt my feelings, so I'm going home'.  Rather, if I'm both unwelcome and she's unable to comprehend, there's little point in continuing to waste time posting there--and unless I publicly say 'I won't be posting', I'll be too tempted.
Posted by Sevesteen at 10:21 AM 9 comments:

Patients in chronic pain cannot get relief, because their doctors are afraid of being prosecuted as drug dealers. In this particular case, Siobhan Reynolds became an advocate for pain relief after her husband died of a painful, debilitating illness. At one point his doctor was convicted of over-prescribing pain medications to other patients.

Even worse, in a case where Reynolds is working to help a different doctor to avoid prosecution, the courts have issued gag orders and required her to provide a data dump at great expense of all her documents relating to remotely similar activities. It appears to me that the prosecution isn't content with enforcing unjust laws, they are using unfair methods to harass opposition.

Some people claiming pain are drug abusers--but some really hurt. There is nowhere near enough justification in leaving pain untreated because someone, somewhere may be getting high.