Use it or lose it

When I was in the Air Force, we had "use or lose" budgets--if we were economical this year and didn't spend our entire shop's budget, next year's budget would be cut by a similar amount.  The fourth quarter was interesting--week by week we would be told to spend more, or to defer spending, depending on how close we were to the target budget.  The last weeks we would often order something expensive, to use up the rest.   One year we replaced all the workbenches in our shop with many thousands of dollars in new benches.  The new ones looked newer, but were not as functional as the old ones.

Neil Gaiman is a successful SF/Fantasy author who gets asked to do appearances frequently.  As he puts it,


I'm really busy, and I ought to be  writing, so pricing appearances somewhere between ridiculously high and obscenely high helps to discourage most of the people who want me to come and talk to them. Which I could make a full time profession, if I didn't say 'no' a lot."

He makes exceptions depending on who is hiring him, and apparently he donates much or all of this money to charity.

About a year ago, he was asked to speak at a Minnesota Library event, paid with funds from a special tax rather than out of the library's operating budget.   The money was 'use or lose', with a significant delay between the original schedule and when the money was actually released,  resulting in a very short time to find a way to spend it.  The people who hired him did not attempt to negotiate a lower fee--after all, it isn't their money, and there really wasn't time to spend any savings anyhow.

There was  a good bit of anger at this spending.  Some of the anger was justified--Although the venue was at capacity, the 'obscenely high' fee worked out to $90 per person.   I would agree that it wasn't a good use of taxes, but where to lay the blame is somewhat difficult here.  I don't think there is very much blame attached to the library--in theory they could have returned the funds, but it is likely that would have been considered poor job performance for the people involved.  Blame whoever wrote the law?  The voters?

However, some of the anger (from at least one politician, among others) was misdirected at Mr Gaiman.  From what I've read, Mr Gaiman made an agreement to perform for a fee and more than fulfilled his end, staying quite a bit longer than agreed on.  It shouldn't be up to him to determine if his temporary employers are wasting their money.

The problem here is getting government involved where it doesn't belong, on diluting accountability so far that nobody can be held accountable.
Posted by Sevesteen at 11:10 AM No comments: Links to this post

Shooting at the Piqua Taco Bell

My small town had a shooting at Taco Bell.  Apparently 2 couples went from a bar to Taco Bell, there was an argument, one of the men shot the other, then the shooter drove the victim to the hospital.   Both the victim and the suspect had been arrested numerous times in Miami County. 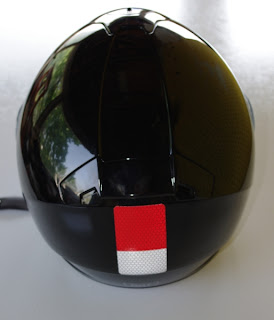 Yesterday I went to see my Mom for mother's day.  On the way home in the dark, I barely spotted a single taillight.  It was extremely difficult to judge distance to the single red light, or even tell if it was getting closer or farther away.  At one point the light got somewhat brighter, and my eyes interpreted that as suddenly being much closer and stopped--I suspect he merely flashed his brake light a bit.   The light would also blend in with the lights up the road.   The taillight was going about 5mph below the speed limit, but it was too difficult to judge exactly where it was for me to be comfortable passing.
It turns out that the taillight was from a rider with dark clothing, a black helmet and a black duffel bag strapped to an old smaller yellow Yamaha motorcycle.   I could not see any of this until we got into town and there were street lights.
As soon as I got home, I added some reflector tape to my new helmet.  Adding a second visual reference point a distance from the taillight will not only make it easier for drivers to see me, but will make it easier for them to judge distance.
Posted by Sevesteen at 12:54 PM No comments: Links to this post 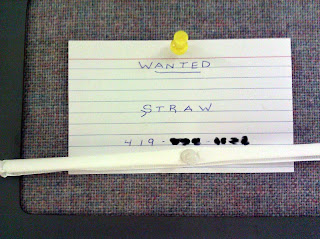 From the 'for sale' bulletin board at work
Posted by Sevesteen at 1:22 AM No comments: Links to this post

Friday I upgraded my system from the previous version of Ubuntu to 11.4.  So far upgrades have generally gone well, this time not so much.  The new interface is awful--appears to be optimized for Netbooks and other tiny screen computers--I've got dual 23" monitors, and the controls are all the way to the left, combining both the controls for launching apps, and the controls for accessing the already running apps in one bar.  This isn't a dealbreaker, since the old interface is available by choosing 'classic mode' when logging in.

More important is that on the same system that was perfectly stable I've had several crashes and other glitches in just a few hours.  Had to uninstall a plugin to Rhythmbox, othewise launching it would crash the system.  Trying to access a CD logged me out.  In my first attempt to write this post the backspace key got stuck, and unplugging the keyboard did not help.

I'm backing up my home folder now, and I'm likely to do a reinstall of the previous version.  I'm getting more irritated with Ubuntu with each release--Instead of being the distribution that just works, they keep making fairly drastic interface changes with little apparent justification.

If you see distribution update in update manager, it's probably best to skip it for now.
Posted by Sevesteen at 12:25 AM 5 comments: Links to this post

Newer Posts Older Posts Home
Subscribe to: Posts (Atom)
I am libertarian-leaning, interested in guns, old watches, old Japanese motorcycles, books and politics. I like to debate--feel free to comment even (or especially) if you disagree with me.