As you can see, not a particularly rural area, although not far from the edge of town. 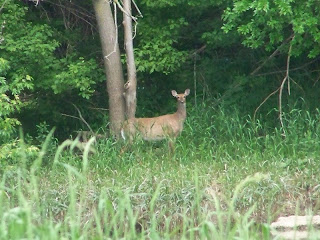 Directly across from the mall:
(Click pictures to enlarge) 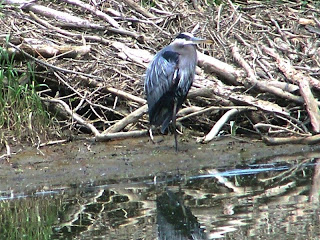 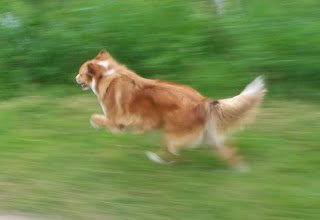 Angie, at her usual speed. I've been experimenting with motion blur within the limits of my camera. This was taken while riding beside Angie on my bicycle, then cropped and rotated--It isn't all that easy to ride at her speed while controlling the camera and not crashing. For this one I used aperture priority at F:8 (the smallest my camera has) ISO 64 (the slowest speed) and no flash. Resulted in a shutter speed of 1/39 second. I think next time I'll go shutter priority around 1/100...


Later on in the day we took our tandem, and went to the new bike path that heads out of town. 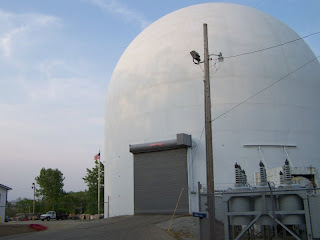 The path leads past the old Nuclear plant, an experimental reactor that supplied electricity to Piqua for a few years in the 1960's. 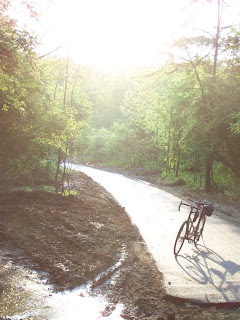 The path is not quite finished. Can't decide which of these pictures I like better 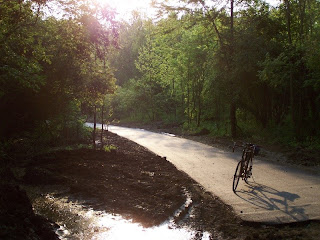 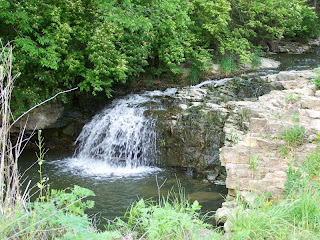 The bike path leads to this pretty little waterfall. It is just off a side road, barely visible from a car.
Posted by Sevesteen at 2:46 PM